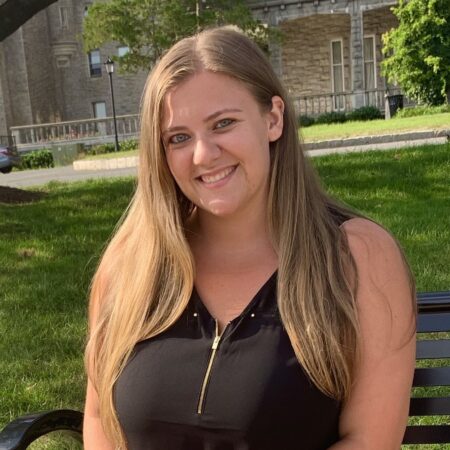 Kristen graduated from Manhattanville’s Dual Degree Honors Program with a BA in Psychology and a Masters in Early Childhood and Special Education. She has had various experiences with children ages 6 months to 7 years, including teaching at Kidville children’s facility in Scarsdale, student teaching in the Eastchester School District, and nannying for families with young children. These experiences have not only solidified her passion for working in early childhood, but have taught her how capable all children are of reaching their full potential when provided with opportunities that meet their unique needs. Kristen believes in hands-on and play-based activities that foster the whole child, as physical development, communication, and social emotional learning are crucial aspects of the early years. On a personal level, Kristen loves Disney, going to the beach, and spending time with her family, especially her niece and nephews. Kristen is so excited to join the SCCNS community and is looking forward to playing a role in her students’ growth throughout their early preschool years! 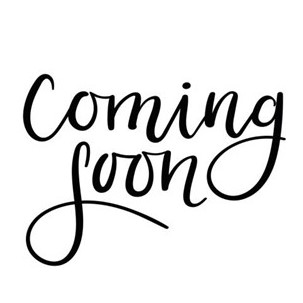 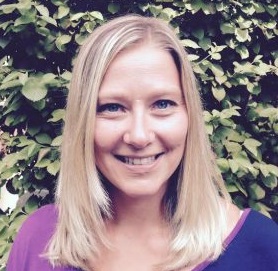 Jackie was born and raised in the Midwest. Jackie attended Lindenwood University and graduated with a degree in Elementary Education. In August of 2000, she moved to New York to start her life with her husband Jeff.  She then began her first job as a First Grade leave replacement teacher in Harrison, then moving on to teach first grade in the Bronx for four more years. In the meantime, Jackie began pursuing her Masters degree at Mercy College as a reading specialist.  But plans changed when she became a Mother to her first child, Briana! Jackie and her husband then made the decision for her to become a full time stay at home mother. Three years later they proudly welcomed their second child, Jeffrey, to the family! When Jeffrey became a first grader himself, Jackie made the decision to rejoin the wonderful world of teaching! She joined the SCCNS family in September of 2014 as a 3’s teacher, and has enjoyed every moment! 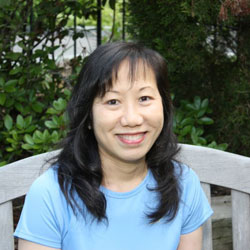 Doreen is no stranger to the SCCNS family, since her son attended the preschool years ago. With a BFA in Graphic Design, she loves engaging her creative side with the children. Doreen has been teaching at  SCCNS since 2011 working in both the 3’s and 4’s classes.  She enjoys teaching an annual enrichment activity with Chinese New Year where she shares story books and festive props about the unique holiday. Doreen loves teaching the 3’s  because, “ Each day is a new experience as I see the smiles on the faces of the children. The enthusiasm that each child brings into the classroom makes me love my job even more.” 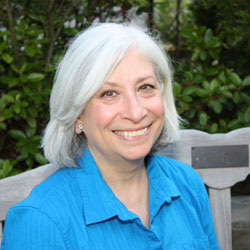 Cynthia did her BA studies at Manhattanville College before raising her own family. Her interest in working with young children developed out of her experiences raising her own disabled child. She has been teaching preschool since 1995. She joined the SCCNS staff in 2006 as a 4’s teacher, then worked as our Head 2’s teacher for many years, and is now joining our 3’s! Cynthia loves teaching young children because, “It is especially exciting to watch them explore a wider world and a joy to share their sense of discovery, wonder and accomplishment.”

Linda graduated from Hunter College and is a mother of two.  She ran the very successful Scarsdale children’s program ‘Gymtime’ for 11 years, which provided her with the experience of working with children from ages 3 months to 4 years old.  Linda previously worked with our 2’s, and this year will be joining our 3’s! She loves the energy and excitement the children bring into everything.  “I am so excited to be a part of the children’s lives, to see them grow and flourish.” 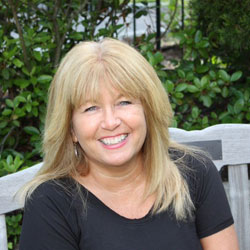 Michele has a Child Development Associate Credential (CDA) and a degree in Early Childhood Education. Michele, who has been teaching preschool since 1998, joined the staff of SCCNS in 2011. Michele loves teaching the 4’s because: “They have the ability to see themselves as unique individuals. While keeping that in mind, my goal is to tap into that uniqueness and provide enriching learning experiences, so that each child can be successful, while having fun doing so!” 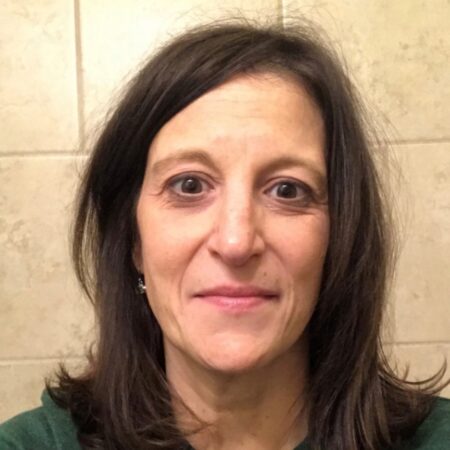 AnnMarie is a graduate of Hofstra University with a major in English and a minor in Secondary Education. She started out her teaching career in the Bronx, teaching High School English. She took eight years off to stay at home with her 3 children, and eventually went back to school to get her Lead Teacher Certificate in Early Childhood Education. She then went on to open up her own preschool at her church in Tolland, CT. Four years later her husband’s job took the family to San Antonio, Texas. They were there for eight years, and during this time AnnMarie went back to the classroom in Texas and taught Middle School and 4th grade. The family is finally back home in New York and AnnMarie is very excited to be teaching preschool again and to be a part of the amazing family at SCCNS! “Children are not a distraction from more important work. They are the most important work.” -C.S. Lewis 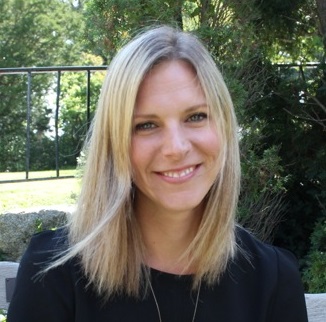 A graduate of Columbia University and a veteran marketing research professional, Lauren found her passion for preschool education when she took time off to raise her two boys.  After 6 years as a mom at SCCNS, Lauren brings her inquisitive nature and creative spirit to the school as a teacher in the 4’s. As a parent, valued substitute at the school and Inchworm teacher, she has found ways to weave learning experiences into fun and inventive projects.  Her nurturing approach and love of celebrating the seasons and holidays brings great enrichment to the program.  Lauren’s top priorities for the 4’s include readiness for kindergarten and parent-teacher communication. Lauren lives in Edgewood with her husband, Jayme, and their sons, Alexander and Miles.  She is an active member of the Edgewood PTA and enjoys exploring the outdoors, baking and reading in her free time. Lauren says, “I have always been excited by the curiosity and enthusiasm of the children.” 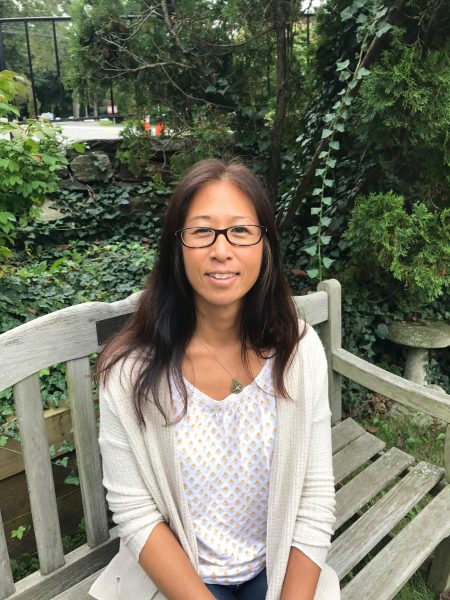 Nancy LaBoy is an alumni of the Scarsdale School District and graduated from Syracuse University with a Bachelor in visual and performing arts. She has had 10 years of experience as a color stylist in the home furnishings textile industry. After having her third child she decided to stay phome and spend time with her three lovely children. It was from that time she developed a love to teach children art. As time went on Nancy developed and taught an after school program at Heathcote School called Exploring Art where her heart continued to grow to nurture children in their creative development. Nancy says, “I love to watch the children develop into their own as they discover their skills and creative ideas.” 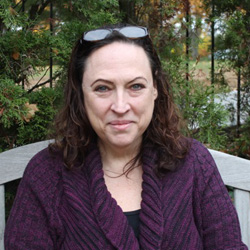 Gigi is a Multi-Award Winning Singer, Vocal Teacher and Composer of Children’s Music who has performed with many wonderful conductors. She grew up in Scarsdale and has been a member of the Scarsdale Congregational Church since she was a child. A resident vocal coach at Standing Ovation Studios, she started her Gigi and the Lend Me a Hand Band as a result of her work at SCCNS. She performs and writes material regularly for the WCS for the Bronx Zoo and the New York Aquarium and has repeatedly headlined many of their Special Events such as Boo@ the Zoo. The Children’s Music Web Awards internationally recognized her Children’s Music where she was voted Finalist in both Best Children’s Song and CD. 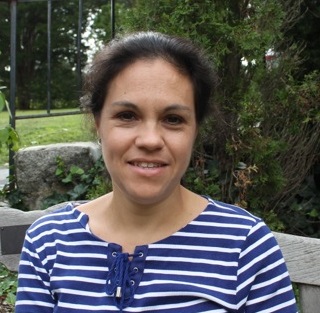 Donna Marie Caro has been a part of the SCCNS family for many years as the mother of four alumni. She has been teaching dance to preschool aged children through adults since 1997 first at the Margaret Pike School of Dance and currently at the Dawn McMahon School of Dance.  Donna holds a PhD in Clinical Psychology from Fordham University as well as a Bachelor of Arts in Psychology and a Bachelor of Science in Economics with a concentration in finance from the University of Pennsylvania.  In addition to raising her four children and teaching dance, Donna has enjoyed volunteering at her children’s schools.  She chairs several committees and has been her daughter’s Girl Scout leader since 2010.  Donna is excited to work with the 3’s and 4’s at SCCNS and says, “I love to watch their excitement as they explore their creativity through movement and music.” 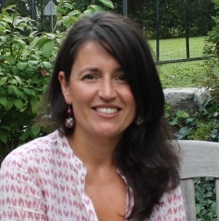 Esther was born and raised in Barcelona, Spain where she attended ESERP University of Barcelona and studied Business and Management.  She moved to New York in 2005 with her son and two daughters.  Esther speaks English, Spanish and Catalan.

She has taught Catalan to preschoolers at Instituto Cervantes in New York City.  She has also taught English to PreK through 4th grade at summer camps in Spain.  In addition to teaching, she leads her daughter’s Girl Scouts troop.

“I love all preschoolers because they are little sponges that learn so much and so fast including languages.  It’s truly amazing.”  She enjoys teaching Spanish through dynamic play, crafts, and music. 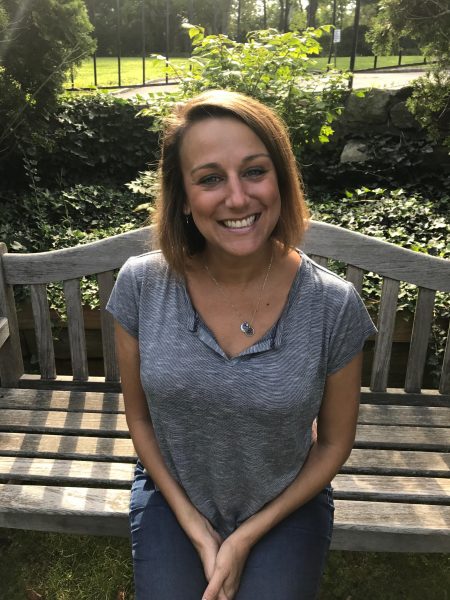 Anne Cavaliere Conneely is a graduate of the Hart School of Music where she earned her BFA in Music Theater. Anne has worked professionally in children’s theater throughout NYC as well as an entertainer aboard Carnival Cruise Lines and various other theatrical productions. Anne has written, choreographed, produced and performed 3 one-woman cabarets in NYC. She currently fronts two live music bands in the styles of music theater/jazz and rock/pop. She is also currently teaching music classes at Gymboree of Scarsdale and loves working with all the budding singers and dancers there. Anne is a mother of two, both SCCNS alumni and she is thrilled to be a part of such a nurturing school community.